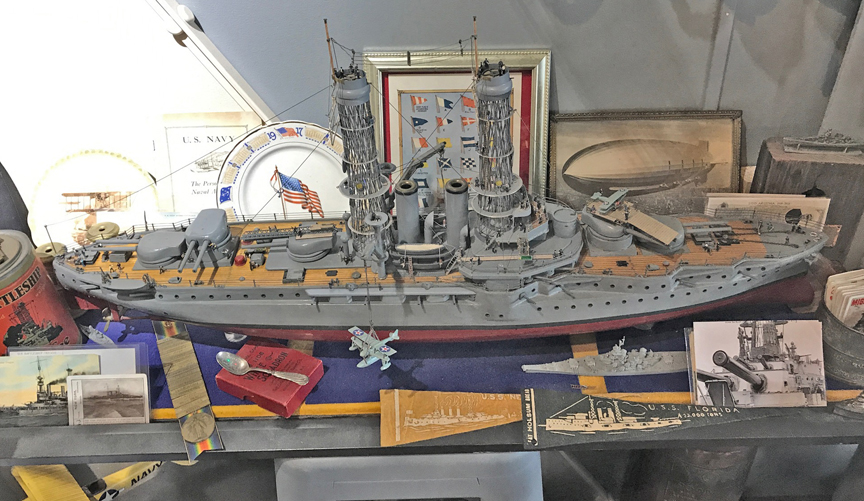 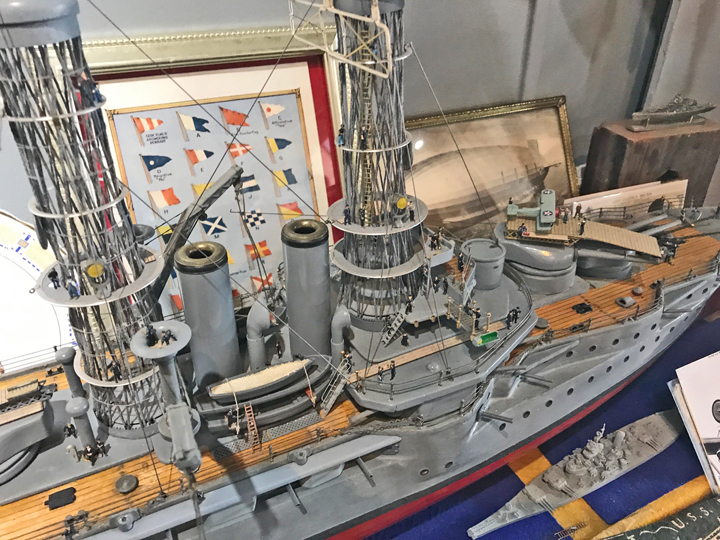 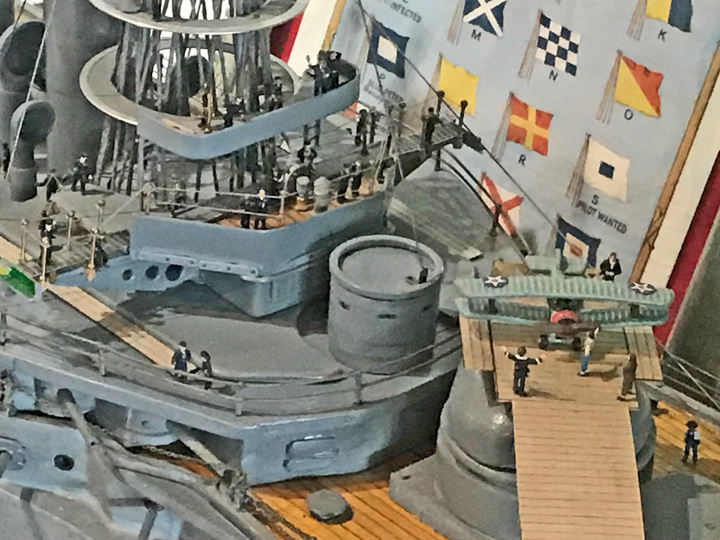 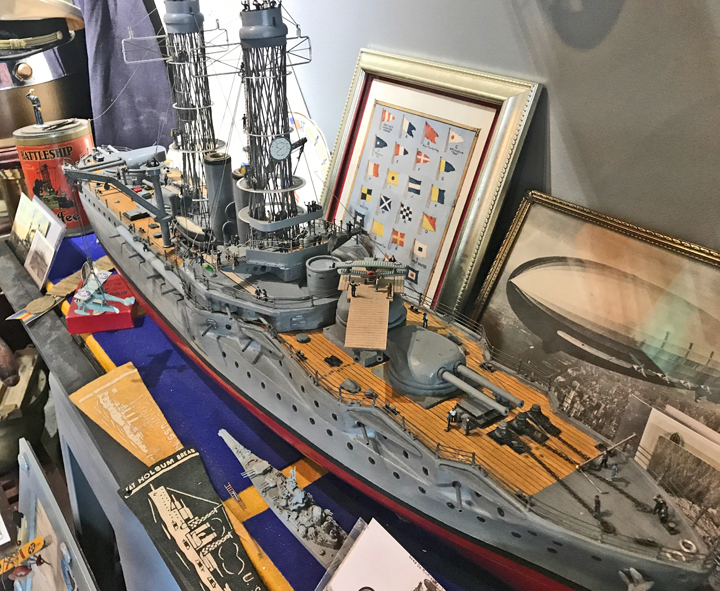 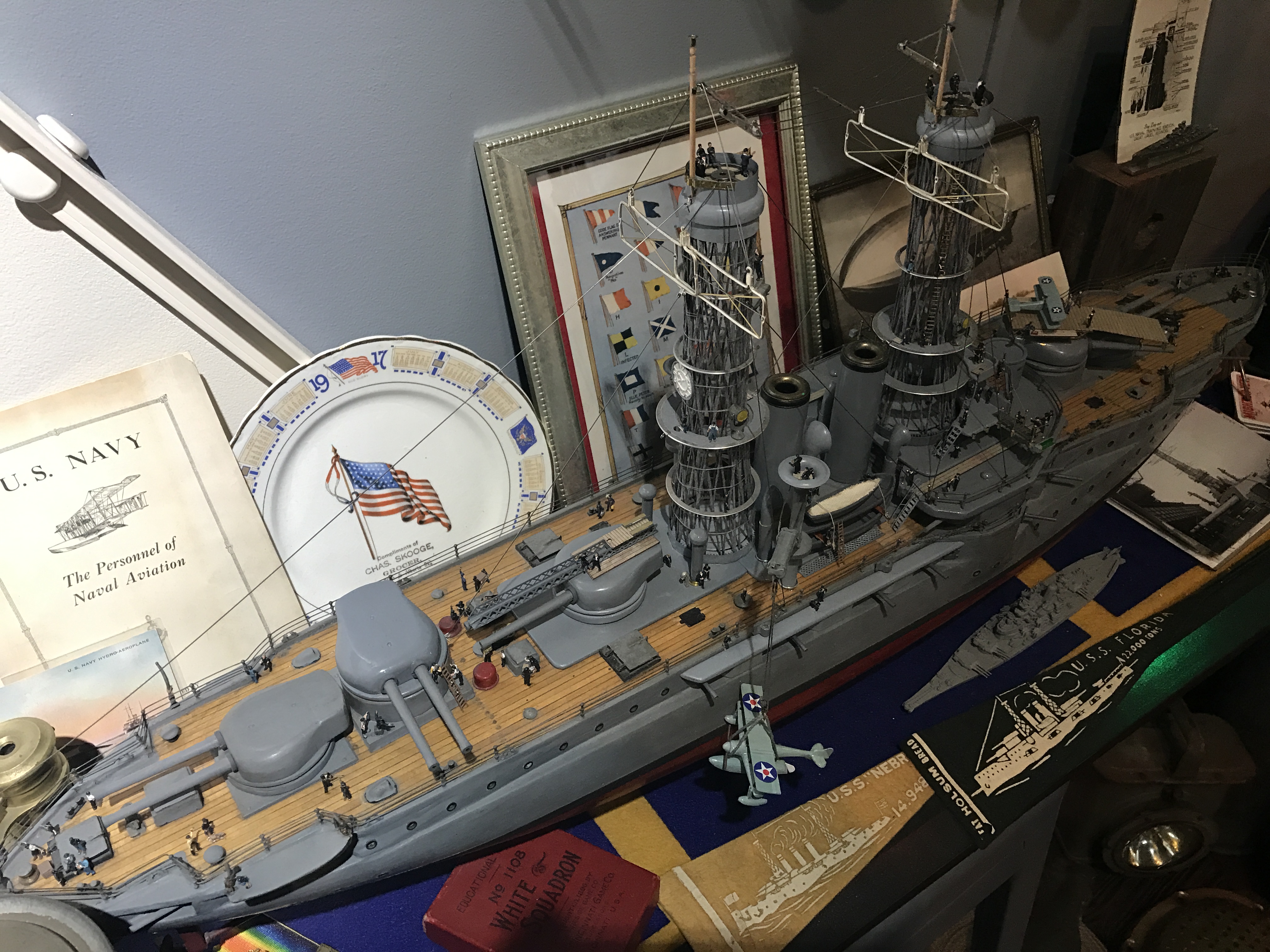 USS New York (BB-34) was a United States Navy battleship, the lead ship of her class. Named for New York State, she was designed as the first ship to carry the 14-inch/45-caliber (356 mm) gun.

Entering service in 1914, she was part of the U.S. Navy force which was sent to reinforce the British Grand Fleet in the North Sea near the end of World War I. During that time, she was involved in at least two incidents with German U-Boats, and is believed to have been the only U.S. ship to have sunk one in the war, during an accidental collision in October 1918. Following the war, she was sent on a litany of training exercises and cruises in both the Atlantic and the Pacific, and saw several overhauls to increase her armament.

She entered the Neutrality Patrol at the beginning of World War II, and served as a convoy escort for ships to Iceland and Great Britain in the early phase of the war. She saw her first combat against coastal artillery during Operation Torch around Casablanca in North Africa, and later became a training ship. Late in the war, she moved to the Pacific, and provided naval gunfire support for the invasion of Iwo Jima and later the invasion of Okinawa. Returning to Pearl Harbor for repairs until the end of the war, she was determined to be obsolete and was chosen to take part in the Operation Crossroads nuclear weapon tests at Bikini Atoll in 1946. She survived both explosions and the effects of radiation on the ship were studied for several years. She was eventually sunk as a target in 1948. She received three battle stars for her service. 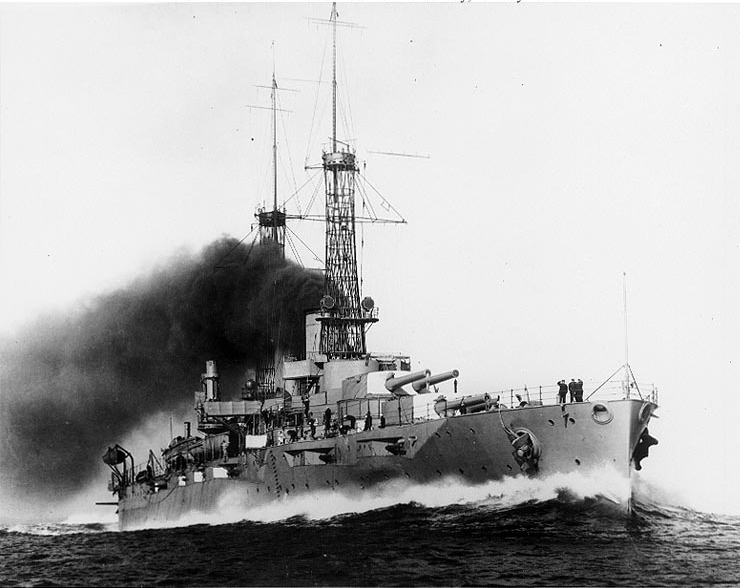 Following the United States’ entry into World War I, New York, under the command of Captain Edward L. Beach, Sr., became flagship of Battleship Division 9 (BatDiv 9), commanded by Rear Admiral Hugh Rodman.[16] She was sent to reinforce the British Grand Fleet in the North Sea, arriving at Scapa Flow on 7 December 1917. The ships of the U.S. fleet were assigned to the 6th Battle Squadron in the Grand Fleet, the American ships joined in blockade and escort.[17] In December 1917, New York and the other U.S. battleships took part in several gunnery exercises. New York scored the highest score of the ships for her main battery, with an accuracy of 93.3 percent.[18] Ultimately the New York was the best performer in these exercises, the only ship rated as “excellent” while many of her sisters received mediocre performance reviews.[19]

She did not fire any shots during the war, but during at least two occasions, the convoy she was escorting came under attack by German U-Boats.[15] On the evening of 14 October 1918, as New York led a group of battleships into the Pentland Firth, she was rocked by a violent underwater collision on her starboard side, followed shortly after by another to the stern that broke off two of her propeller blades, reducing the ship to one engine and a speed of 12 kn (14 mph; 22 km/h). It was immediately clear to the men on board that she had struck an underwater object, but the depth of the channel meant it could not have been a shipwreck. Commanders concluded that New York must have accidentally collided with a submerged German U-boat.[20] They agreed that the submarine had rammed its bow into the ship’s side, then been struck moments later by the ship’s propeller.[21] In their opinion, the damage would have been fatal to the German craft.[22] Postwar examination of German records revealed that the submarine lost may have been UB-113 or UB-123.[23] This strange—and accidental—encounter marked the only time in all of Battleship Division Nine’s service with the Grand Fleet that one of its ships sank a German vessel. 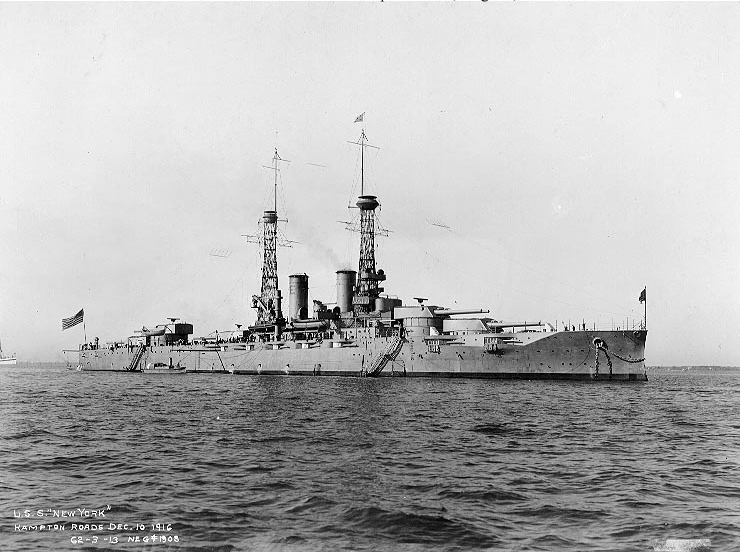 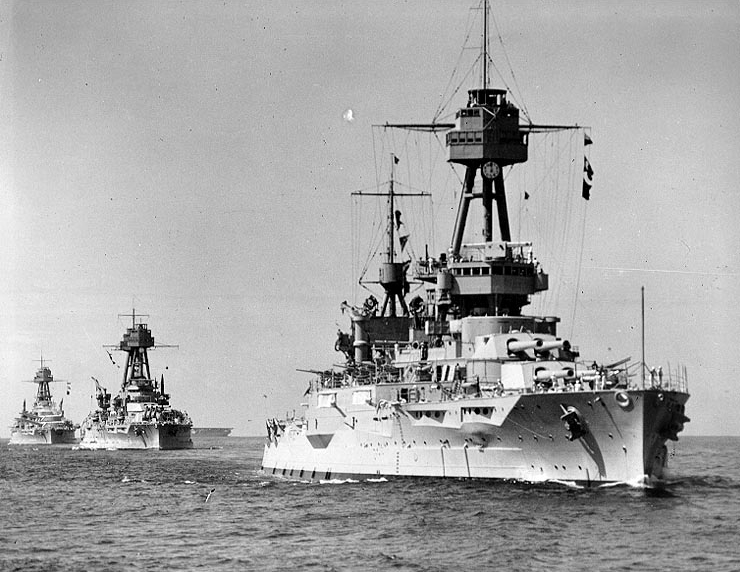 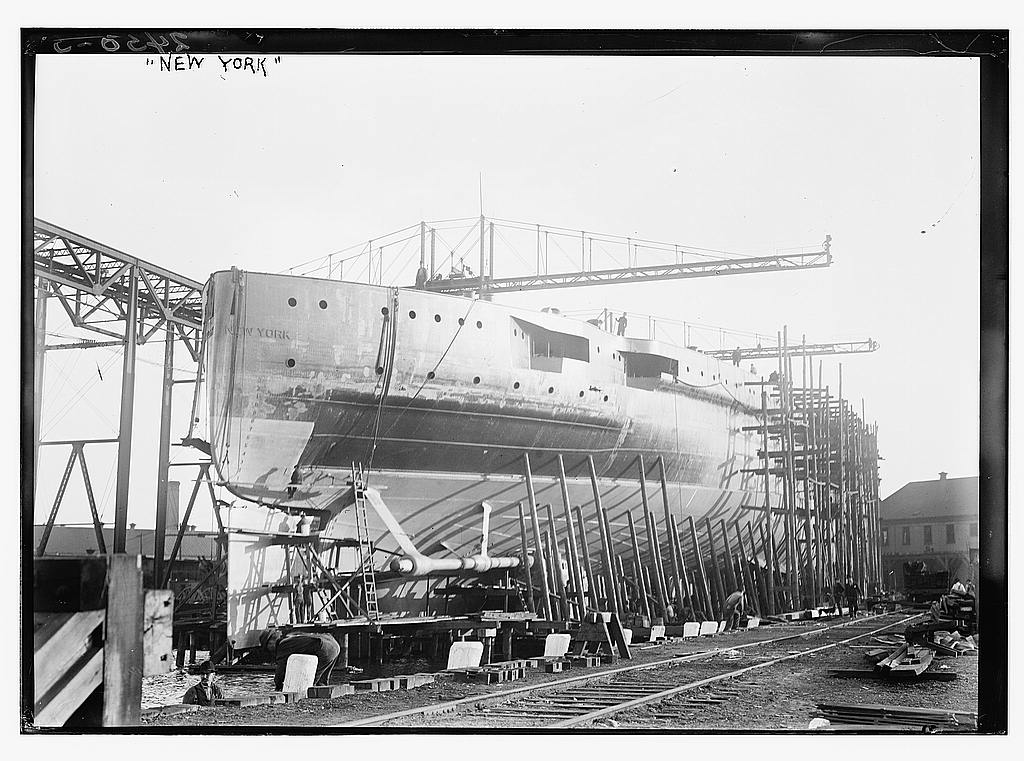