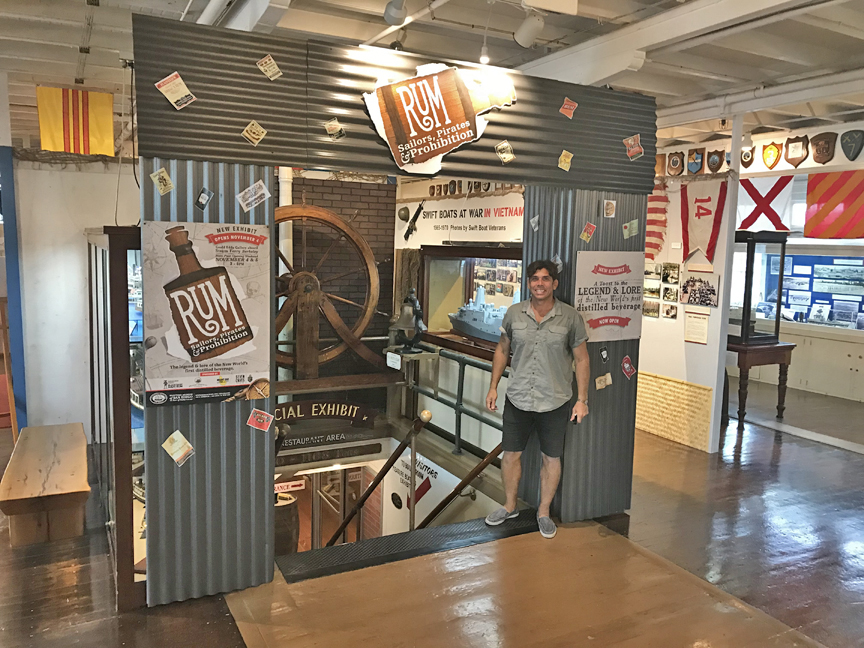 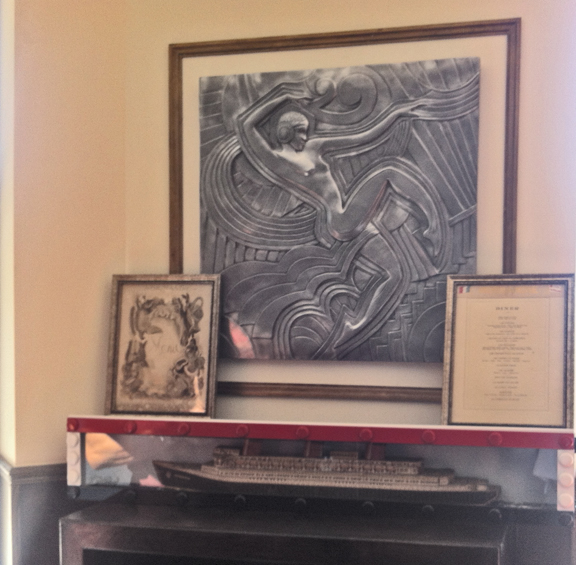 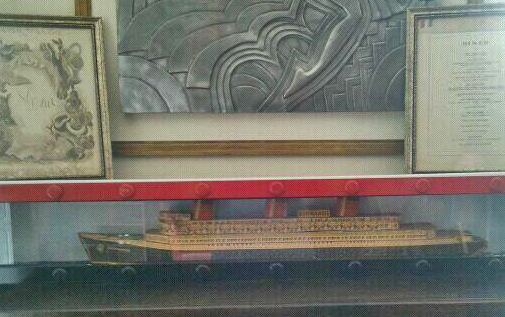 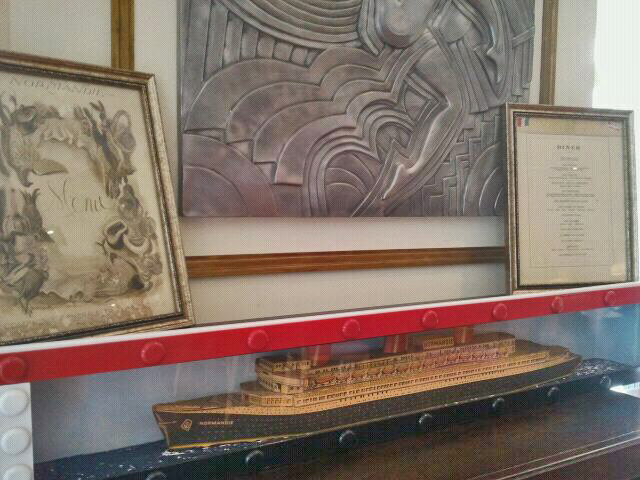 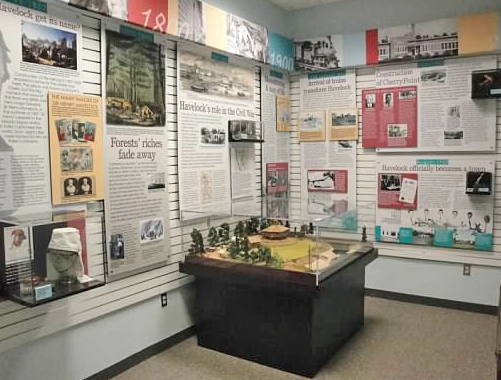 In March 1862, Union soldiers of the Fifth Rhode Island Heavy Artillery, under the command of General Ambrose Burnside, built a blockhouse fort on the banks of Slocum Creek at Havelock Station. The log fort, officers’ quarters, and tent camp were occupied by about 100 Northern troops whose mission was to guard the rail line north and south of Havelock. A series of similar Union fortifications kept the railroad open from New Bern to Morehead City. In addition to being a military encampment, the site also served as a railroad depot. Steam trains regularly stopped at Havelock for wood and water, or to load and unload supplies. The historically accurate diorama scene below depicts preparations for the departure of a two-car train pulled by mules. The Yankees kept their lonely vigil at the outpost until February, 1864 when the Havelock blockhouse and railroad trestle were burned by Confederate horsemen of the 5th South Carolina Cavalry.

The first building known to have functioned as a train station was the wooden blockhouse fort built at the edge of Slocum’s Creek by Union soldiers at the beginning of the Civil War. It was destroyed by fire during a Confederate raid in 1864. The Illustration of the Havelock blockhouse was drawn In 1863 by Private Herbert Valentine of Massachusetts. 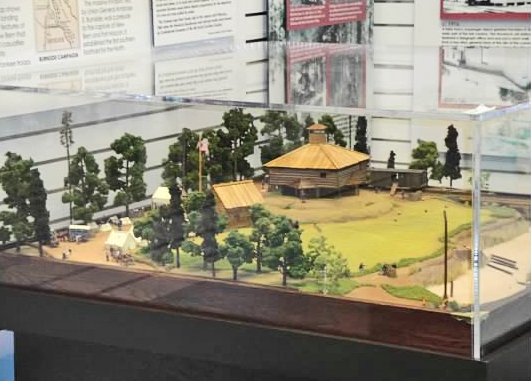 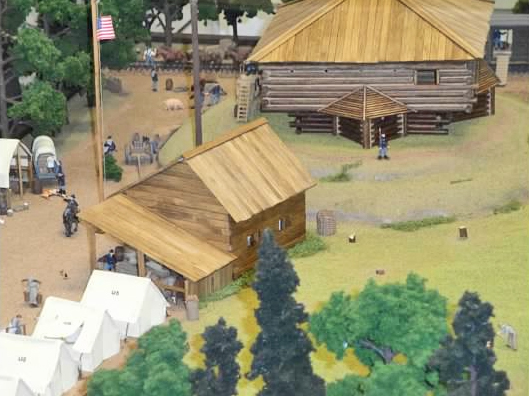 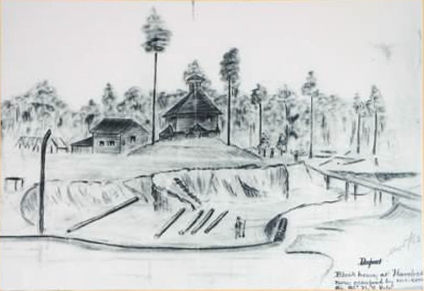 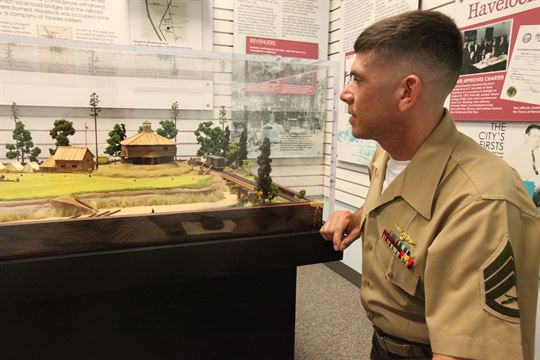 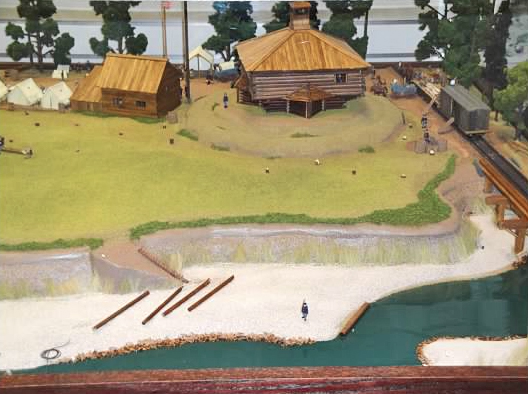 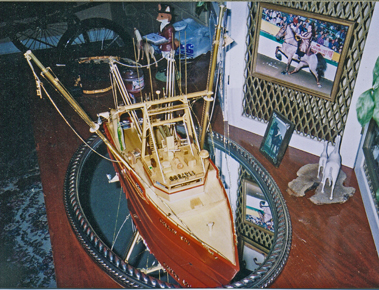 Commissioned by the Daughter of the owner of Fulcher Seafood for a surprise gift for Christmas. Stained wood and brass only to create a one of a kind family heirloom. Is on display at his Fulcher Seafood office in a custom cut out wall for his employees to see. 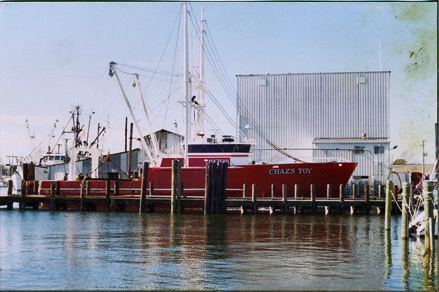 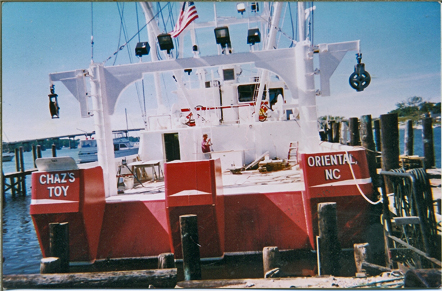 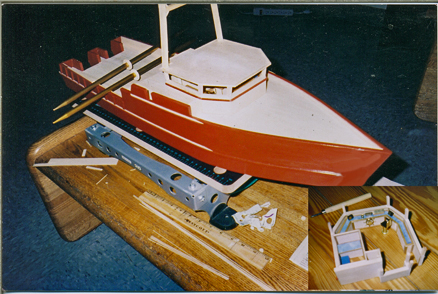 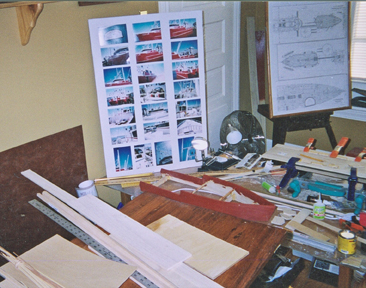