Personal build, Half hull silhouette, as a historic example of the transition of wood hulled ships to the Iron clads of the Civil War period. Wood and metal, 15″L

The USS Monitor was an iron-hulled steamship. Built during the American Civil War, she was the first ironclad warship commissioned by the Union Navy.[a] Monitor is most famous for her central role in the Battle of Hampton Roads on 9 March 1862, where, under the command of Lieutenant John Worden, she fought the casemate ironclad CSS Virginia (built on the hull of the former steam frigate USS Merrimack) to a standoff. The unique design of the ship, distinguished by its revolving turret which was designed by American inventor Theodore Timby, was quickly duplicated and established the Monitor type of warship.

The remainder of the ship was designed by the Swedish-born engineer and inventor John Ericsson and hurriedly built in Brooklyn in only 101 days. Monitorpresented a new concept in ship design and employed a variety of new inventions and innovations in ship building that caught the attention of the world. The impetus to build Monitor was prompted by the news that the Confederates were building an ironclad warship, named Virginia, that could effectively engage the Union ships blockading Hampton Roads and the James River leading to Richmond and ultimately advance on Washington, D. C. and other cities, virtually unchallenged. Before Monitor could reach Hampton Roads, the Confederate ironclad had destroyed the sail frigates USS Cumberland and USS Congress and had run the steam frigate USS Minnesota aground. That night Monitor arrived and the following morning, just before Virginia was about to finish off the Minnesota, the new Union ironclad confronted the Confederate ship, preventing her from wreaking further destruction on the wooden Union ships. A four-hour battle ensued, both ships pounding the other with close-range cannon fire, although neither ship could destroy or seriously damage the other. This was the first-ever battle fought between two armored warships and marked a turning point in naval warfare.

After the Confederates were forced to destroy Virginiaas they withdrew in early May, Monitor sailed up the James River to support the Union Army during the Peninsula Campaign. The ship participated in the Battle of Drewry’s Bluff later that month and remained in the area giving support to General McClellan’s forces on land until she was ordered to join the blockaders off North Carolina in December. On her way there she foundered while under tow, during a storm off Cape Hatteras on the last day of the year. Monitor‘s wreck was discovered in 1973 and has been partially salvaged. Her guns, gun turret, engine and other relics are on display at the Mariners’ Museum in Newport News, Virginia. 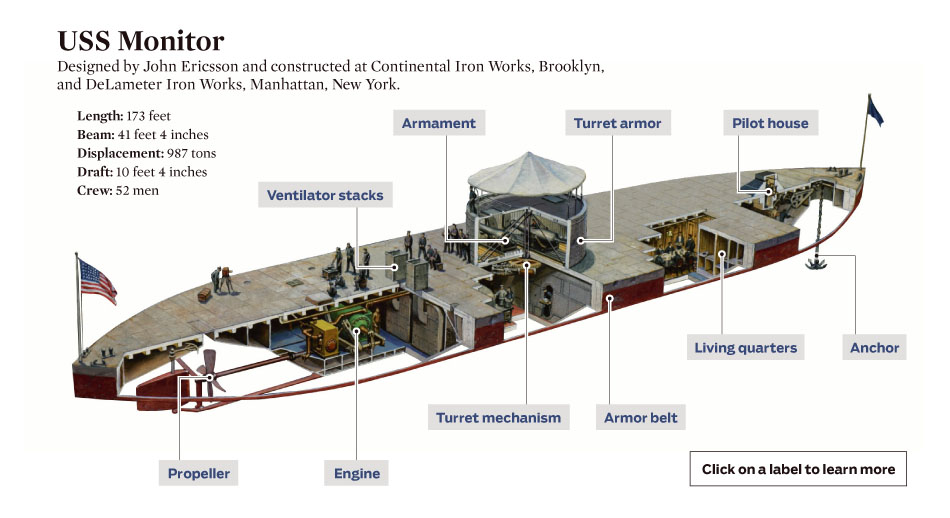 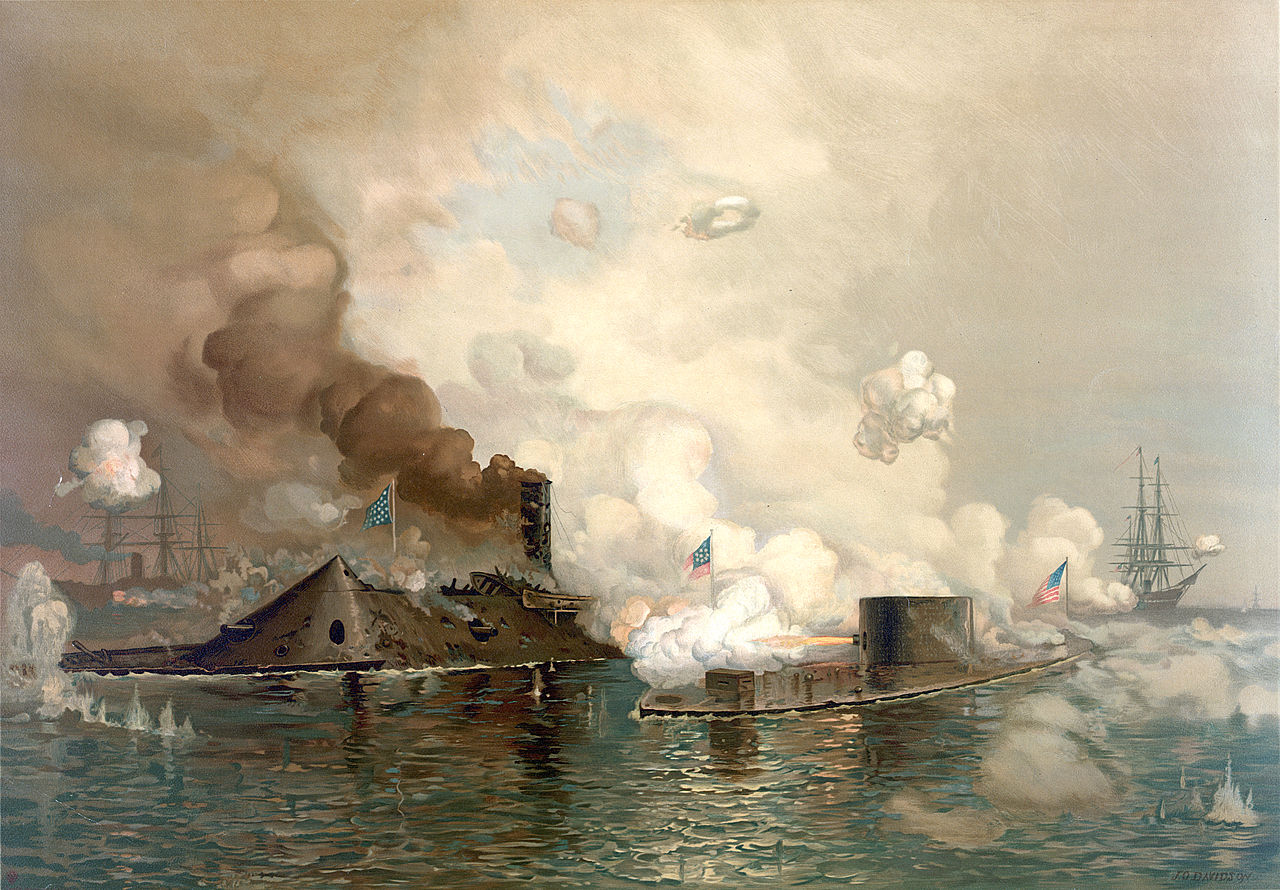 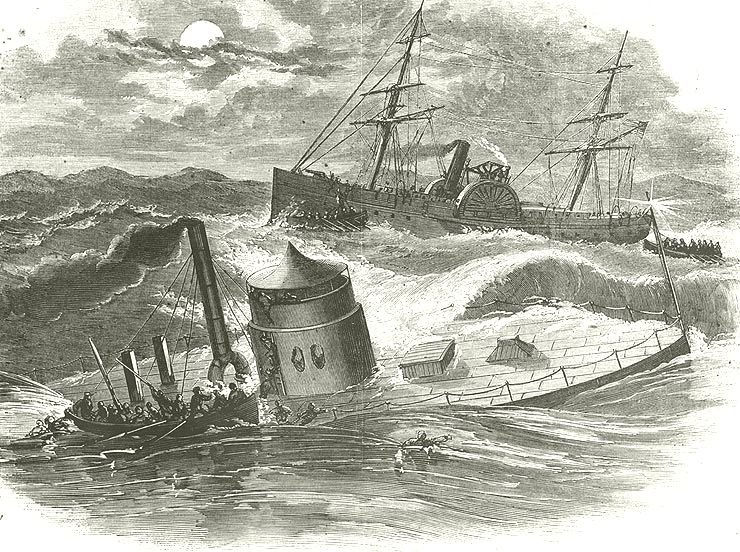 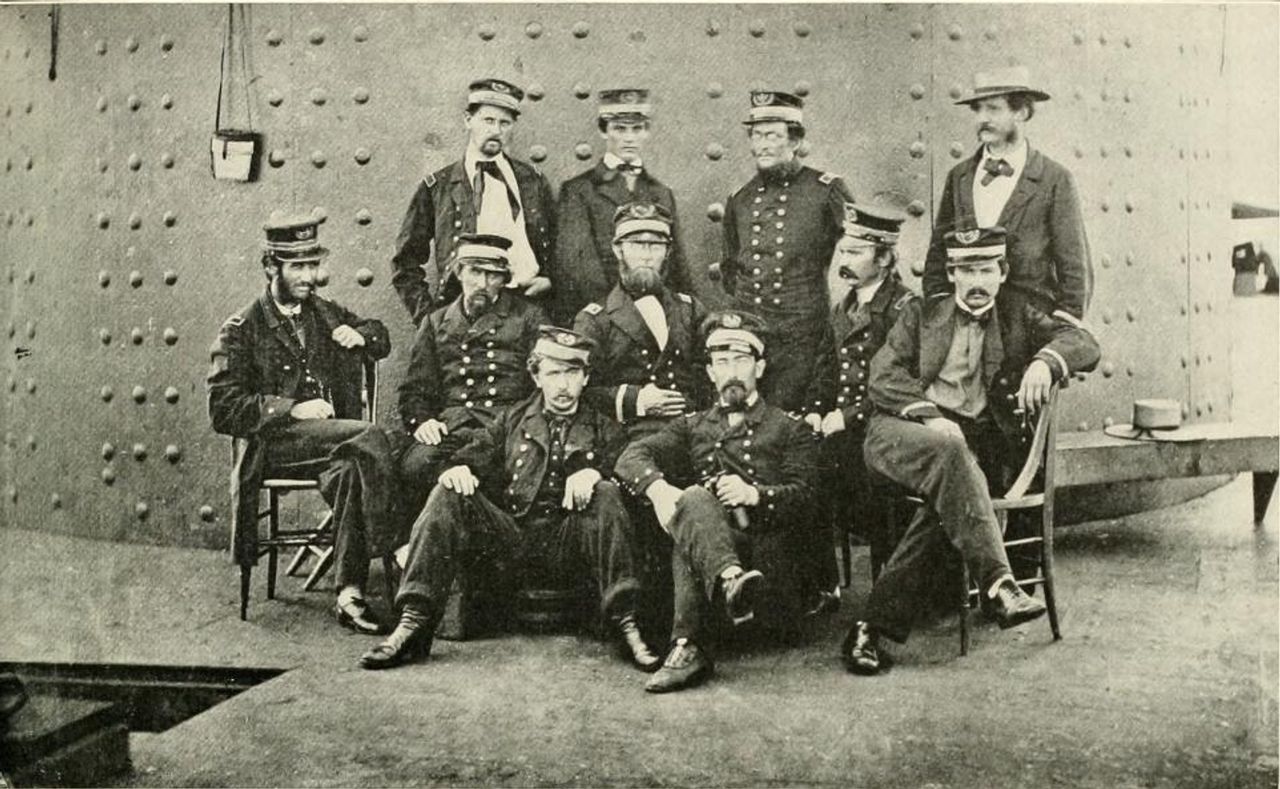